The Society offers brewers information on brewing technology through research
and investigation in addition to presiding over the "Nippon Jōzō Gakkai", conference
as well as educating brewers in technical skills.
The purpose of the Society is to deepen the understanding of brewing among the
Japanese people by performing the duties stated above and is to contribute to the
formation of their rich food culture. 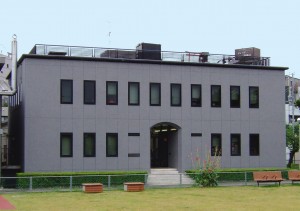 The Brewing Society of Japan was established in 1906 and was authorized as an
incorporated foundation in 1915.
Thereafter, for 85 years, the society has supported the progress and development of
Japanese brewers by supplying pure yeast cultures, publishing books on brewing
and performed other related duties.
By the administrative system revision of our country, the Japanese Government
authorized the Society as an organization to perform business with more widespread
public interest as an incorporated foundation. Therefore we registered our Society as
new "Public Interest Incorporated Foundation Brewing Society of Japan" on
September 1, 2011 and made a fresh start.

Publication of The Journal of Brewing Society of Japan

The Journal of Brewing Society of Japan (J. of Brew. Soc. Japan) is a monthly
bulletin of the Society. This journal has continued to be published since the
establishment (1906) of our society without suspending publication, even in times
when paper was a valuable commodity during wartime and the postwar period.
The journal "Jōzō-kyōkai-zasshi" (vol.1-9) changed its name to "Nippon Jōzō-kyōkai-zasshi" (vol.10-82) and "Nippon Jōzō-kyōkai-shi" (vol.83-present)
respectively.
The articles have always attracted the attention of people who have interest in
brewing technology since the publication of the periodical and continue being
essential sources of information .
Since 1987, original scientific reports have been examined and authorized by
scientists and published.
All articles of the journals (except for some of those such as advertisements) have
been computerized and anyone who accesses Journal@rchive. can read the articles
from vol. 1 to those of 1 year ago.